The latest in produce expansion is the purple tomato!

We’ve entered into a new era of agricultural production.

Thanks to innovations in biotechnology, exciting new produce varieties are poised to take the market by storm — and get there cheaper and faster than ever before due to relaxing USDA regulations.

And the hottest item in today’s produce expansion?

That’s right, thanks to Nathan Pumplin, President and CEO at Norfolk Health Produce, the aesthetically pleasing and nutrient-packed purple tomato is set to hit grocery store shelves as early as 2023.

In our latest episode, Nathan explains:

People may argue incessantly over what the best diet is — and fads are always coming and going — but one thing very few people disagree with is that any healthy diet will be one containing plenty of fresh fruits and vegetables. This is especially true when that fresh produce is as diverse as possible.

To achieve that diversity, many — including Nathan — suggest “eating the rainbow” (not to be confused with the slogan for a popular sugary snack, of course).

Eating the rainbow means incorporating fresh fruits and vegetables in every conceivable color. This is important because many of the most desirable vitamins and minerals impact the coloration of produce.

Carrots are orange due to beta carotene. Red coloration in produce is often an indication it contains lycopene.

That’s the color of anthocyanins. 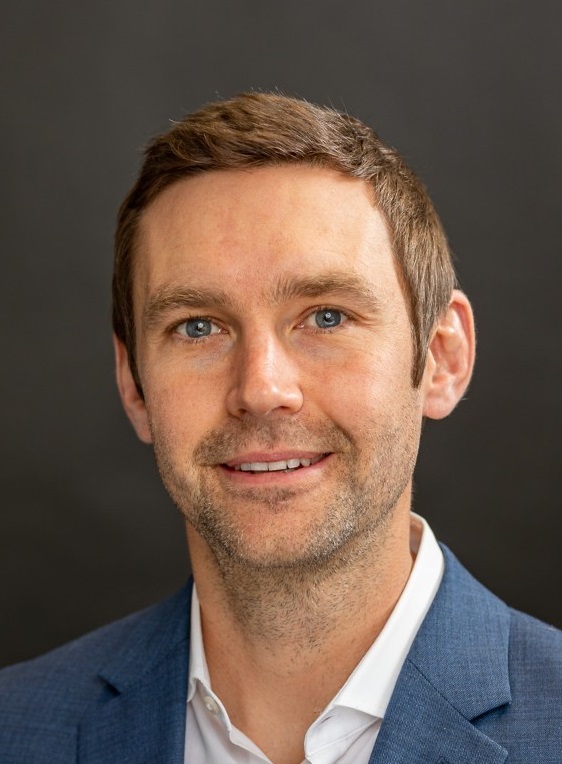 "What is special about our tomato is that it's high in antioxidants called anthocyanins."

You can find anthocyanins in blueberries, blackberries and cherries. A diet rich in this antioxidant has been linked with improved respiratory and cardiovascular health, among other health benefits.

A while back, a professor in the UK named Cathie Martin identified the genes in snapdragons that cause some varieties to present with the tell-tale purple hue signaling they contain this powerful antioxidant. From there, she was able to breed snapdragons containing anthocyanins in far greater quantities than what would typically be found in the plant.

Cathie published the paper that would lay the groundwork for the strikingly beautiful purple tomato some 15 years ago.

So why did it take so long?

At Norfolk Plant Sciences, Nathan and his colleagues love to stay at the forefront of agricultural innovation. They love nothing more than to seek out the latest science in the sector and find a way to bridge the gap between the lab and the market.

So, their enthusiasm for Cathie’s research — and the opportunity to expand upon it — hardly comes as a surprise. But until recently, getting the antioxidant-rich purple tomato they developed from it to market was a nearly impossible task.

Last year, that all changed.

Where once the USDA’s regulations for biotechnology meant getting a new product to market took a decade and upwards of $100 million, the organization has now relaxed their rules. After years of research, the government body better understands the risks of GMO products and has made a much cheaper and simpler path to market — without jeopardizing safety,

And for organizations like Norfolk Plant Sciences, that’s great news. It’s no longer just the giants in the agricultural space with the resources to bring exciting biotech-derived products to market; now, the little guy can, too.

Such changes, Nathan says, signal a new era of agriculture.

"I strongly believe we're entering into a new era where we're going to see a lot of new products that are enabled with biotechnology.”

But are consumers ready for it?

Public attitudes have long been divided on the topic of GMOs, with some heralding the exciting possibilities and others applying the precautionary principle to the technology. Strong opinions on both sides led to heavy polarization.

These days, things are changing. The lines have become a little more blurred between the two camps as consumers gain ever more produce options.

GMO skeptics have led to a booming organic industry and the widespread adoption of the non-GMO certified label. There are more options than ever for diehard opponents.

Meanwhile, some of these hardline attitudes have softened as products like the impossible burger have courted consumers more concerned with animal welfare than genetic engineering. Likewise, bioengineering’s role in shaping a more equitable and sustainable future is changing minds across the board.

“Biotechnology is not inherently good or bad.”

On the other hand, the historically cost-prohibitive nature of getting genetically engineered produce to market has meant, until recently, only the most profitable row-crops have been transformed by the practice. Today’s less burdensome regulatory environment, however, opens the door to more GMO options.

While Nathan doesn’t expect to win over everybody, he believes that there is room in the market for produce of all types. Further, he argues that those won over by the impossible burger is a sign that consumers now have a more nuanced understanding of GMOs — and that’s a great sign for the purple tomato.

The purple tomato’s biotech bona fides may even win others, Nathan says. Many people who associate genetic engineering with pesticides and behemoth agricultural corporations haven’t yet seen biotech used to maximize nutrition and beauty.

So, what does the future hold for the purple tomato and bioengineered produce?

Nathan says the purple tomato will start hitting shelves next year in a limited capacity next year, with a wide scale rollout to finish by 2025. As for the market, he thinks the options for consumers will only increase — and attitudes will continue to soften.

And there is one aspirational future he is dying to see come to pass:

“I’d love to see the purple tomato on display in the Museum of Modern Art in a few years as an example of a beautiful piece of creation the very creative scientist Cathie Martin was able to put together based on a discovery she made about the natural world,” he says. “This is such a cool example of a nature-based solution.”

So, be on the lookout for the purple tomato’s masterful fusion of art and science on grocery store shelves — or gallery walls — near you.

To hear all the freshest interviews in the produce industry, subscribe to Fresh Takes on Tech on Apple, Spotify, or your preferred podcast platform.

Listening on a desktop & can’t see the links? Just search for Fresh Takes on Tech in your favorite podcast player.