Some of the most nutritious food on Earth is, unfortunately, also some of the toughest produce to grow.

Join us as we discuss:

Have you ever eaten a ground cherry? How about a golden berry?

Both of these fruits have enormous potential and are incredibly nutritious. Yet, you’ll be hard pressed to find them on store shelves when you’re doing your weekend shopping — and even when you do find them, they tend to go for exorbitant prices.

That’s because despite their potential, these crops have some annoying characteristics that make farming them on a mass scale less appealing than the staple crops we’re all accustomed to seeing in the produce section. But that could be changing.

Thanks to today’s biotechnology, trailblazers like Joyce are conducting research into — and figuring out how to do something about — the genes in these crops that cause the plant’s undesirable characteristics. As a result, shoppers may soon be adjusting their expectations when they wander through the produce section.

Today’s biotech goes far beyond just diversifying our local food supply, though; it can be transformative globally, too.

In addition to the ground cherry and the golden berry that she primarily works with, Joyce says that she and her team’s work in the Physalis Improvement Project at Boyce Thompson Institute is helping many low-income, food-insecure regions. One example they are looking at is a type of eggplant — one quite different from the hulking purple ones we buy (in much smaller quantities). 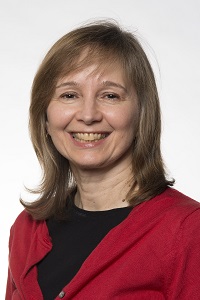 An eggplant in the US isn't a very big crop. But in countries like Africa and Southeast Asia, they are a big part of the diet.

With some adjustments, these crops that are already widely grown globally — only on much smaller scales — could potentially become a much more reliable staple. That would benefit growers and consumers in many regions where food security is a concern.

With so many crops held back by one or two niggling undesirable traits, it makes sense that researchers like Joyce are eager to find ways to unlock their full potential.

But what are the issues with these crops — and, perhaps more importantly, how can biotech be deployed to solve them?

In the case of the ground cherry, its name may have already given the game away. This variety of cherry has a tendency to — yep, you guessed it — touch the ground, resulting in a fruit that is more susceptible to insects and more likely to encounter pathogens. On top of that, the plants tend to sprawl, resulting in an inefficient strain on most growers’ limited farmland.

The golden berry — a close relative of the tomato that looks like a yellow cherry tomato, but tastes much sweeter — on the other hand, doesn’t sprawl. But… a full-grown crop is over six feet tall, which presents its own problems.

Other underutilized crops may suffer from being prickly, or the fruiting bodies being too small — or even just the inability to handle tiny variations in weather from the climate they evolved in. All of these things can potentially be fixed, which would help all of us.

And, like all agriculture, it all comes down to genetics.

I love that we're focusing on the societal and consumer benefits, not the methodology.

Almost none of the staple items from the produce aisle we consume regularly comes bearing much of a resemblance to their pre-agricultural ancestors. That’s thanks to our species’ efforts over the last 10,000 years in selecting desirable genes, while removing those responsible for prickles, sprawl and tiny fruits.

Traditionally, this project has been almost entirely achieved through selective breeding. These days, biotech has some innovative tools at its disposal to accomplish the same thing in a fraction of the time.

In today’s biotechnology sector, gene editing is safer and easier than ever before.

With newer technologies like CRISPR becoming much more affordable, gene editing is poised to solve many issues that have proved intractable when tackled with traditional selective breeding techniques. As the advantages become more widely known — and people reap the benefits — gene editing will likely be recognized for exactly what it is: one among many innovative tools at modern agriculture’s disposal to deliver better outcomes for growers and consumers alike.

For researchers like Joyce, the myriad benefits that technologies like CRISPR afford vastly outweigh the misinformed bad press.

An example she cites is an uncharacteristically compact tomato plant one farmer found in his field a century ago. Turns out, this crop had a novel mutation that was, ultimately, a highly desirable trait.

With traditional breeding methods, encouraging this trait to flourish enough to capitalize involves a whole lot of trial and error — with a lot less precision; any time you are selecting for one trait, you may unintentionally select for other, less desirable traits.

With gene editing tools like CRISPR, Joyce and her colleagues are able to encourage these beneficial mutations without risking the crop’s other desirable traits. And that’s vital for many underutilized crops — especially in less developed regions.

If we take the eggplant example from before, then we find a crop that is already perfectly adapted to the environment. But due to the undesirable traits hampering its commercial viability, it’s rarely grown beyond a subsistence level.

Genetic research and gene editing can change that — and everybody will benefit.

In developing countries, gene editing can reduce food insecurity by giving growers (and ultimately, consumers) a more reliable variant of the foods they are already consuming. In the developed world, gene editing can help safely counter invasive pests like the potato beetle, reducing our use of pesticides.

Globally, gene editing technology can help diversify everyone’s food supply by giving crops the ability to thrive in a wider range of environments, with a longer shelf for easier distribution. It can even help counteract climate change by reducing our crops' growing susceptibility to disease, which, in turn, also reduces food waste.

Far from being scary, gene editing is simply another color in a breeder or a farmer’s palette. It’s what they choose to paint with it that really matters.

And it’s early days, but the picture they’re painting of agriculture’s future is already shaping up to be a masterpiece.

To hear all the freshest interviews in the produce industry, subscribe to Fresh Takes on Tech on Apple, Spotify, or your preferred podcast platform.

Listening on a desktop & can’t see the links? Just search for Fresh Takes on Tech in your favorite podcast player.