Can Carbon-Neutral Farming Be Done? Braga Fresh Is Aiming for It

Braga Fresh, home of Josie’s Organics, set a crazy objective for itself. It’s aiming to be carbon neutral by 2025.

“Yeah, it’s a really ambitious goal for sure, and I don’t know if my timetable was appropriate or not as we get closer,” says Eric Morgan, Braga Fresh’s Vice President, Environmental Science and Resources. “It seems to be more and more difficult. But we are taking some steps that might get us there quicker.”

In many ways, Braga Fresh is a typical Salinas Valley operation. It grows cool crops like leafy greens, broccoli, and so on. It turns crops quickly and competes with other big-name producers for sales. And it shifts south during the winter months to keep growing.

All this makes the goal for carbon neutrality even more challenging. Morgan says the company will tackle the goal in a few key methods. Like NASA in the ’60s, the Braga Fresh team is exploring any viable practice, from historic to sophisticated tech.

It Starts With the Soil

To move the needle on soil composition with inputs alone is a monumental effort, Morgan says. If each acre has just shy of 4 million pounds of topsoil volume, the math of adding amendments gets daunting quickly. 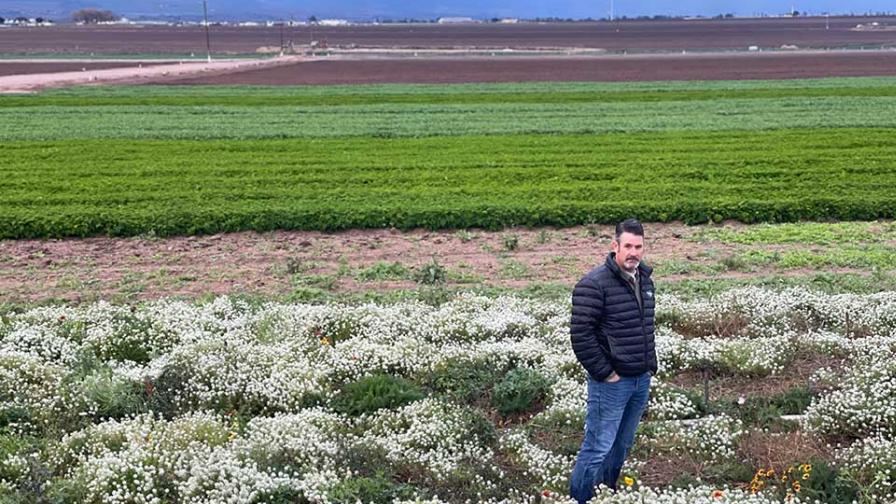 “If we could raise organic matter 1%, what is that?” he asks. “You would have to apply 40,000 pounds of carbon. A good compost is 50% carbon. Be prepared to apply 40 tons of good compost. It’s very, very difficult to move the needle because of volume.”

Rather than relying entirely on inputs to improve organic matter, Morgan uses cover crops and incorporates leftover crops back into the soil.

“Broccoli, cauliflower, cabbage — these are all things with a lot of biomass. If it’s left in the field, that helps with carbon,” Morgan says.

Cover crops are unusual on the Central Coast due to its intensive growing cycle. Many growers fear losing sales. Braga Fresh, however, began using the practice 10 years ago and today has at least 30% of its acreage planted with Merced Rye or another cover crop.

One reason the farm began using the conservation method was to reduce the amount of nitrogen leaching into ground or surface water, as cover crops store nutrients that can be carried over to the next crop.

Another reason it adopted cover crops is financial. Cover crops not only take a field out of production for a time, but they also require labor, water, and seed costs. Braga Fresh taps into federal grants that help cover those costs and make the benefits even more appealing.

Enriching soil can be complex, considering how much soil types change within just one acre. Sandy loam demands different inputs from decomposed granite, one of the soil types found at Braga Fresh.

“There’s a quarry a few miles south of our operation that has a similar soil type. You can purchase this stuff to put on roads for better traction,” Morgan says.

Soil Monitoring Is a Must

Morgan monitors nitrates and other soil characteristics regularly. It allows him to fine-tune fertilizers.

“We’ve got all sorts of data that we use to reduce inputs,” he says.

One data point is how much nitrate is in well water.

“[The nitrate level] helps us better decide what the appropriate fertilization regime will be for a crop,” he says. “We have ranches with excessively high levels of nitrogen where we don’t apply nitrogen. As we create a fertility plan for these crops, we will find alternative fertilizer without nitrogen and use that product instead.”

In short, Morgan is turning nitrate from well water into plant material.

“The only effective means of removing nitrate from well water is to grow and harvest the crops irrigated with the high-nitrate water.”

Morgan also runs a soil sample lab, something he did before joining Braga Fresh. It helps him fully understand how important soil nutrients are to a crop’s success. As a result, he arranges for soil samples regularly.

Timing the samples can be tricky. So he hired a retired vegetable grower to collect the samples.

“He uses his expertise on the ideal timing to collect the sample,” Morgan says. “Getting the timing right on the soil samples has as much value as the result itself.”

These soil samples allow Braga Fresh to apply only what is needed, and in the amounts required, cutting overall fertilizer use. 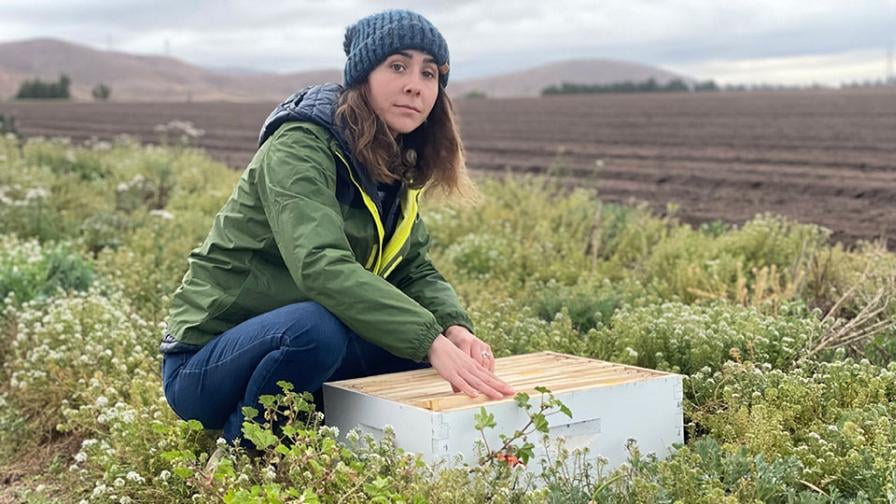 Over the past few years, Braga Fresh has been switching from sprinkler irrigation to drip irrigation where it made sense. It quickly learned if it wanted to lower irrigation amounts, training was vital.

Morgan says growers accustomed to overhead irrigation expect to see damp soil after the irrigation is completed. If they use buried drip irrigation and irrigated long enough to create visually wet soil, it may be too much water.

“You’ll have watered down 3 feet by the time the top of the bed is wet,” he says. “You only needed water 4 to 12 inches because that’s where the crop’s roots are.”

Braga Fresh is also paring down its irrigation is by taking advantage of the University of California’s Crop Manage irrigation software. The program uses a wide array of data, including crop type, planting date, and weather data to predict evapotranspiration and calculate how much to irrigate.

“Crop Manage gives us a good prescription on how much water we need to apply. We took water shots from 10 hours in some cases down to 21/2 hours and increased the frequency,” Morgan says.

These are only a few methods Braga Fresh is deploying in reaching its sustainability ambitions. It has also ramped up using alternative fuels, relying on GPS to ensure fewer machinery passes, flying drones for crop estimates, scouting, and releasing beneficials, and it is developing better data analysis methods to guide its decisions.

Morgan is also looking at minimum tillage practices, along with other creative approaches. If it has good science behind it, he’ll take a look.

“Where can we make the biggest improvement and possibly meet that very lofty goal of 2025?” he asks. “What we need to do is get atmospheric CO2 into plants and then that carbon-containing plant matter into the soil. We need to feed microbes and boost soil microbial populations. As we move forward, we’ll build on the things that work for us, not things that don’t.”

This article was originally published by American Vegetable Grower® Magazine and GrowingProduce.com and republished with permission.

At a Glance: Braga Fresh

Locations: Home ranch and main office in Soledad, CA; two processing facilities are in Spreckels, CA, and Gonzales, CA. Growing regions are in CA and AZ

Organic vs. conventional: Acreage is 85% organic